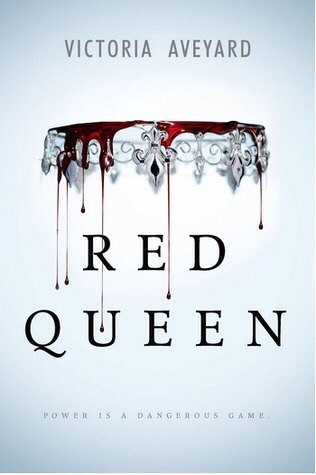 My Summary: The world is divided by the colour of a person’s blood. Red meaning you are a simple commoner expected by go to war by the age of eighteen, if they are not in work and if you do return from war you are still oppressed by the Silvers. The Silvers are the nobles, the ladies, the lords and many even hold strong magical powers which they demonstrate on a frequent. The country is, if not unfair, stable…until Mare Barrow comes.

She is an anomaly- a Red, but with Silver like powers. After showing off her extraordinary powers in front of the Silver royal family and their company they decide to take her in and doll her up as a lost Silver Princess.

Mare takes this opportunity to assist a Red Revolution within the castle wars, but what she doesn’t know is that she has stumbled into a game of power and betrayal- one that might end in death. 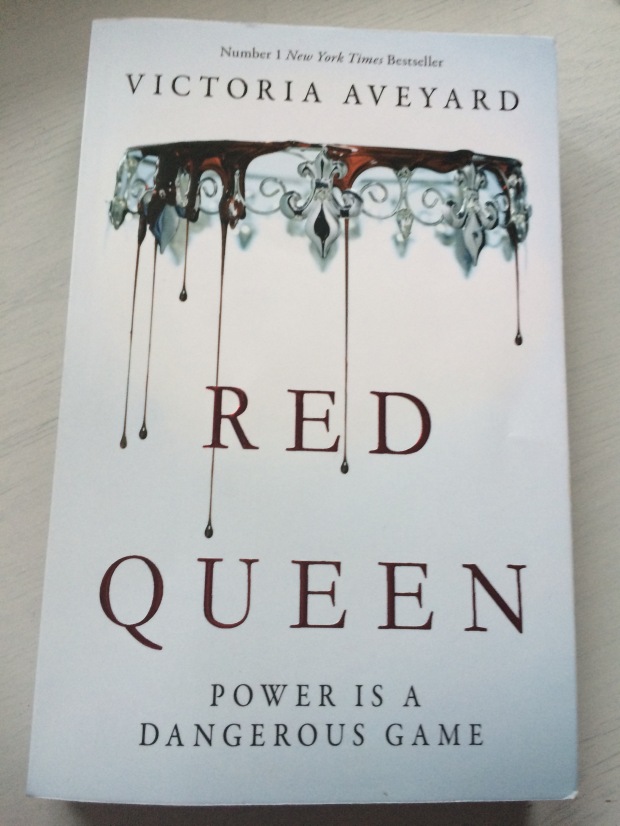 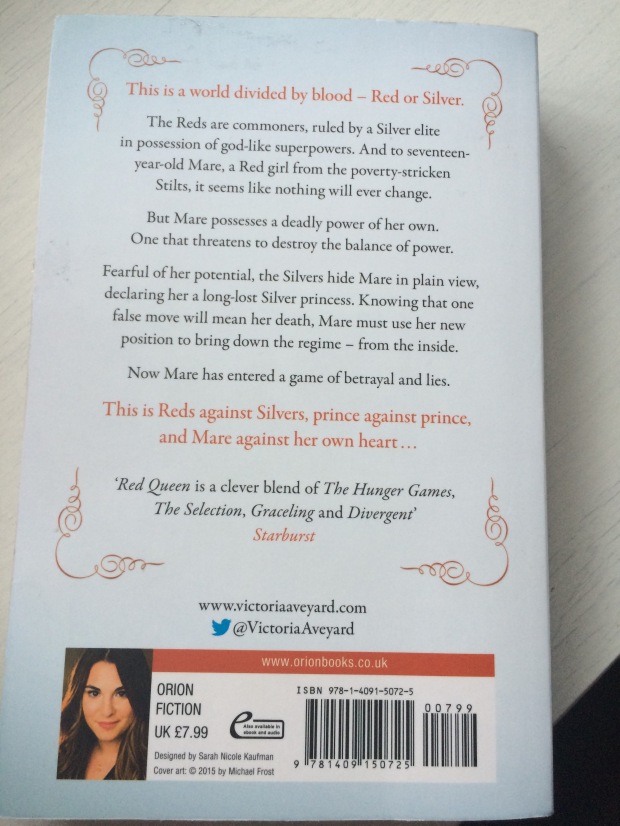 Review: I loved this book so much, I still gush about it even though it has been a month since I read the book. After a slow paced 60 pages at the start of the book, the rest of the novel sparks up and you are thrown headfirst into this messy, futuristic, but dystopian world.

When people say that this is a mash up of best selling YA novels, they weren’t kidding. I have draw a lot of comparison from the Hunger Games trilogy.

Firstly, and the most obvious, is the rebellion.

Secondly, the protagonist becoming a provider for the family.

Thirdly, the capital (or the Royal Family in this case) trying to control the protagonist.

Fourthly, a love triangle and so many more. But the thing is that these comparisons don’t bother me, but I didn’t like the book because it was a walking talking Hunger Games, but because I still found the plot unique.

The main character, Mare, is a spunky, stubborn seventeen year old, who thinks she knows everything, but in reality is rather naive. I had no problems with Mare, she she wasn’t a star shinning protagonist, but she wasn’t annoying either. But I loved one character in particular more. Maven, one of the Princes of Norta. Where do I begin with Maven? I just adore his character so much and as Mare says ‘he is good with words’. I am keeping this a spoiler free review, but damn I just love him more towards the end. Cal (the CROWN prince of Norta) on the other hand….lets just say that his character went kind of down hill three quarters in the book. Though there wasn’t tons of character development for the characters in the Red Queen (which consequently knocked this book down slightly), I ‘knew’ them well enough I feel towards the end of the book.

Another little niggle I had with this book is that the magic seemed endless. There were no limits on the Silvers powers it seemed and it didn’t really make sense for why there seemed to be so many problems within the kingdom. I also had a problem with Kilorn, I didn’t know why he was there to be honest. Just a Gale 2.0 in my opinion. Hopefully he gets some character development in the next book.

Verdict: I feel in love with this book as soon as the action started to kick in! Victoria’s writing and story just sent me on a thrilling adventure I did not want to end.