Hello guys! It’s book haulin’ time! So this month I got 13 books and borrowed four library books! I think I just kept buying books throughout the month which is why I acquired a lot. I’m going to try to half the amount next month but for now let’s get on with what I  got this month!

Borrowed from the library:

I am a history nerd so when when I went to the library yesterday I knew I had to pick up some non fiction books. My dates of interest are around 1940- present day, so I just got four books which are around that time period and that I’m interested in. Hopefully I can just read these bit by bit around day so that when I return the books- I’VE ACTUALLY READ THEM! 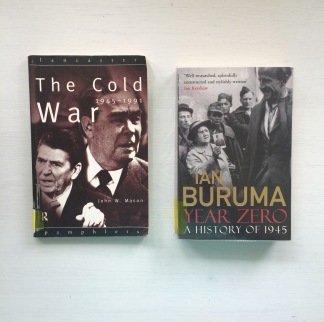 In the left picture we have The Arab Spring edited by Toby Manhire and I chose this one because I was watching a programme about Obama the other day and they kept referencing this phrase, the Arbab spring, so I thought I should just educate myself about it. I then got 1946: The Making of the Modern World by Victor Sebestyne which is just a book about the world after World War Two and how it shaped it.

In the right picture is The Cold War by John W. Mason and the Cold War in general just really interests me which is why I picked it up. And next to it is Year Zero: A History of 1945 by Ian Buruma which is a book about 1945 and how pivotal that year is.

Now onto books I bought/received!

It was World Book Day on the 3rd March so I picked up two tiny books for a quid, Kindred Spirits by Rainbow Rowell and Harper and the Sea of Secrets by Cerrie Burnell. They are so thin, they barely have a spin, but I guess that’s what £1 gets you.

I then picked up The Raven Boys by Maggie Stiefvater and I am so excited to start this! I’ll probably read it in April and I’m curious to see if I’m going to join this I-love-the-Raven-Cycle bandwagon. I got Elizabeth Is Missing by Emma Healey in this gorgeous golden edition which is a Waterstone exclusive edition. I don’t know when I’ll read it, but hopefully soon.

I got Am I Normal Yet? by Holly Bourne from my local supermarket for £4 which is an awesome deal. They have her other books as well, which I should buy as well before they all go. I also got Me Before You by Jojo Moyes– 10% because of the reviews and 90% BECAUSE OF THAT TRAILER!

I received The Automation by G.B Gabbler to review and though the cover is really weird the premise sounds interesting enough. I bought Tokyo Ghoul- Volume 1 by Sui Ishida from a cute manga store which sells anime merchandise and mangas. It’s so cool! I’m a little bit surprised that I bought to be honest because THEY ARE SO EXPENSIVE AND YOU GET THROUGH THEM SO QUICKLY!

I bought City of Bones by Cassandra Clare because I thought it was about time I took a dive into this world. From what I’ve seen you either really love this series or really hate it and I of course am hoping for the former. Then I got The Art of Being Normal by Lisa Williamson. Everybody LOVES this book and I haven’t heard a bad word about it so I thought why not.

I got Night Owls by Jenn Bennett partly because Lois @ My Midnight Musing put it on her TTT: Contemporary Recommendations and said that the two protagonists had a healthy relationship and I am all for healthy relationships! I got Salt to the Sea by Ruta Sepetys as it’s been getting some rave reviews. 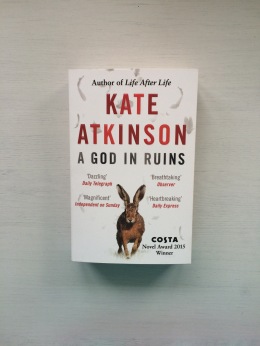 And YES I GOT A FICTION NOVEL THAT ISN’T YA! I’ve been seeing a God In Ruins by Kate Atkinson everywhere so I just had to get it. 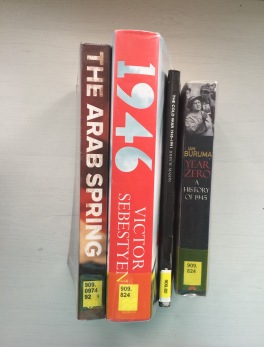 So that was all of the books I bought/borrowed and received this month! My ratio of bought to read to tilting slightly so next month I need to clamp down on my buying and actually read more.

What books have you hauled this month? Or are you one of the rare breed of bibliophile that actually have loads of self control and you bought nothing? I’m always interested in seeing what books fellow bookworms have been buying/borrowing.

Have a nice day and I’ll write soon!