Hey guys and another discussion post here and an interesting one I think.

So, fanfiction. Where do I begin.

So just encase any of you don’t know what fanfiction is, here is a google definition:

Fiction written by a fan of, and featuring characters from, a particular TV series, film, etc.

I openly admit that I read fanfiction. Not every story that a fanfiction writer writes is great, but you can have some real gems, people with writing to rival published authors sometimes. I find myself reading fanfiction the most:

a) after reading Harry Potter because I’m just dying to enter that world again. or,

b) when I want to read more stories about a certain ship I like. 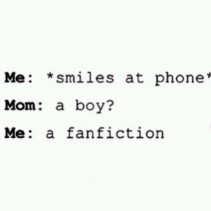 I consider some Fanfiction in the highest regard as I would a normal book, I think Fanfiction gets a lot of bad rep on the internet. I know that there are a lot of oddballs who write about very odd things but I don’t believe that means an entire Fanfiction community should be held at ransom. Fanfiction is a creative outlet for some people, they can play with characters they already know and love which makes them more comfortable when writing them. Fanfiction can help people get into the big bad world of criticism as well. Though harsh critics, flamers (people who write deeply negative comments on a person’s work for no reason at all) just want to be negative for no reason other, critics actually point out aspects that need to be addressed in your writing and will help to make your writing better.

I remember while I was still writing Fanfiction there was one user who, in a HP forum,  I got close too. We talked about regular things and he seemed like a real funny guy. But when it came to my dreadful writings he slayed them in half, no holding back in the cons in the chapter I just published. At the start it felt stinging- didn’t he know I was trying my best?- but over time I got used to the critique and braced it instead. This naturally makes me more tough skinned when people want to criticise my work. 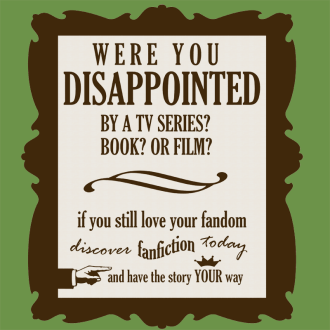 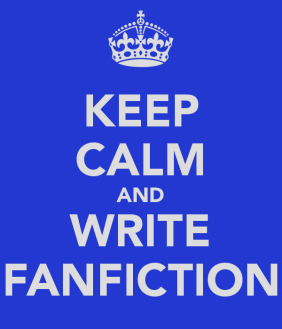 If I state some of the well known ‘facts’ or really the views from inside the community, 85% of fanfics are terrible garbage that just doesn’t make any bit of sense. 10% of fanfics are good but nothing to run home too. The last 5% are the golden nougats, the cherries on top, the icing on the cake. They are the fanfictions that made my fanfiction experience great.

So to answer my title question, should Fanfiction get more credit, yes they should, even the terrible ones. They are mostly pieces of creativity which shouldn’t be stomped on, but allowed to flourish in their ,sometimes, weird way.

Let me know what you think about Fanfiction down below even if you disagree with me as disagreement creates discussion and this is a discussion post!

13 thoughts on “Should Fanfiction Get More Credit?”