Hey guys! Guess what…my internet like totally switched off for a couple of days! And if that’s not hard enough my life started spiking up and down like a heart monitor hooked up to a patient who is having heart palpitations! Aka life has kept me busy, which means I am behind so many tags and awards and I am like the worst blogger ever! However this post isn’t about my failing but about book clubs. This is really a discussion post about if you have joined any online ones. I know that Goodreads had loads of book clubs to choose from and I was thinking of joining one as it would be good to just talk to people who have read the same book, at the same time and discuss what you thought about it collectively.

I know this really isn’t anything life threatening or whatever but I am actually curious about if you guys are in any book clubs on any social medias- I know that many people follow some booktubers who have a sort of bookclub thing going on.

I’ll talk soon (when hopefully my wifi connection is stronger). 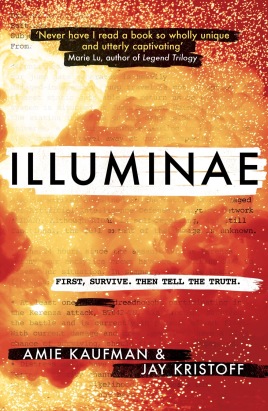 This morning, Kady thought breaking up with Ezra was the hardest thing she’d have to do.

This afternoon, her planet was invaded.

The year is 2575, and two rival megacorporations are at war over a planet that’s little more than an ice-covered speck at the edge of the universe. Too bad nobody thought to warn the people living on it. With enemy fire raining down on them, Kady and Ezra—who are barely even talking to each other—are forced to fight their way onto an evacuating fleet, with an enemy warship in hot pursuit.

But their problems are just getting started. A deadly plague has broken out and is mutating, with terrifying results; the fleet’s AI, which should be protecting them, may actually be their enemy; and nobody in charge will say what’s really going on. As Kady hacks into a tangled web of data to find the truth, it’s clear only one person can help her bring it all to light: the ex-boyfriend she swore she’d never speak to again.

I enjoyed this book way more than I was thought I was going to. I don’t really know why I picked this book up to read, probably I unconsciously wanted to read a Sci-Fi, but thank Santa I did because this is one of the best books I’ve read this year. Do you know how good Six Of Crows was? This book is that standard. I just loved it and after I finished it I wanted to read it all again! I normally dislike Sci-Fi books (or anything really Sci-Fi) because I think it’s just too technological and they contain a lot of scientific jargon. And though this book was scientific-y I absolutely loved the epicness and drama and aaaah it’s so hard to put this book into words. I love the layout and how we got to see things that we wouldn’t normally see if it was just a normal prose. And the pages smell gorgeous…

Illuminae is about two megacoporations and one of them, being BeiTech and after BeiTech heavily bombs Kenzera, a tiny planet in the universe, after finding illegal mining operations owned by Wallace Ulyanov Consortium, the civilians get rescued by  Untied Terran Authority vessel Alexander along with two of their own vessels (Hypatia and Corpenicus)- still with me. get But the real meat on the bones of the book is the actual chase through space.  The Lincoln- a BeiTech dreadnought- is after them, so they don’t tell about the bombings that killed many civilians and time is ticking away for the spacecrafts and secrets are unavailing that can get everyone killed before the Lincoln even has to make an appearance.

I don’t think I even did the story justice in that paragraph, but hey! The plot of this book is so thrilling and sometimes dark which really keeps you on your toes. You think that the basic plot is the space chase, but then it develops and then it changes and then it transforms and it just kept me hooked. It was expertly handled and created and THIS BOOK WAS AWESOME! Every scene was important, every scene added to the overall story. Which leads me onto the writing.

Now every ‘chapter’ has a different kind of format, well it’s split into types really and there are many types. Some off the top of my head are IM, survelliance footage, emails, the super computers POV, military reports, interviews and many more.

This must of been fun to write because it was fun to read! Knowing that the next chapter was going to be a completely different reading experience. All of the writing on each part was great and mostly faultless. AIDAN chapters were beautiful. Just beautiful. The authors seamlessly jumped from person to person; refugee to captain to interface and it all came together grandly.

There is a large cast of characters in Illuminae which are all very appreciated. It never felt like a character was meaningless, everyone had there purpose. But of course a special mention to for our two separated lovers, Kady and Ezra.

Kady was so bad ass from the start to the very last page. She’s a tech savvy genius who can break codes, hack into data and has a that good amount of sass that isn’t distasteful but endearing.

Ezra was so adorable and human throughout the book! While I don’t think I would like him as a fictional boyfriend (these are important things my friends) he was still really charming and sweet. His love for Kady is really strong and pure which made some of the plot twists more bloody twisty!

Hello! Surprisingly, in November I read books! I know that sounds stupid, but I really didn’t expect to read a lot! I read a total of seven books this month, one of them being a graphic novel so lets just get to them.

END_OF_DOCUMENT_TOKEN_TO_BE_REPLACED 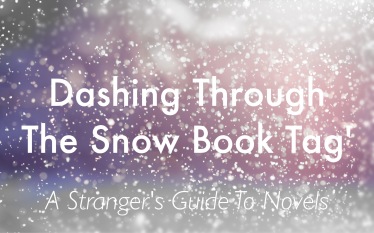 Hello everyone! I am celebrating my return to the blogging world from NaNoWriMo and also the great twenty-five day countdown to Christmas by creating my own tag. END_OF_DOCUMENT_TOKEN_TO_BE_REPLACED 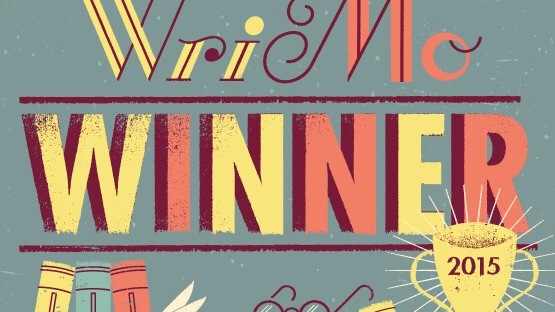 Hello guys! First off all, sorry for not posting anything really for the past week and a half (don’t quote me on that, it could of been longer…) but I guess you can guess why via the title.